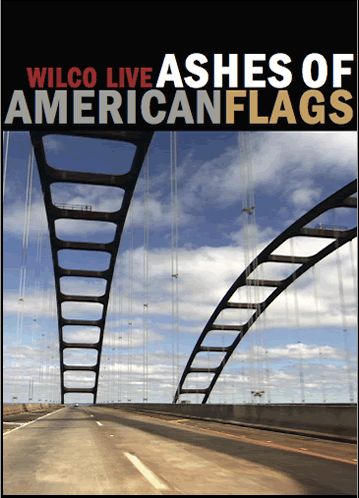 Monday night, alongside Mr. Capps of D&D, I had the opportunity to see the latest in a series of excellent documentaries featuring the band, WILCO. Ashes of American Flags, the band’s first concert film, follows them as they trounce their way around the southeastern United States on tour in 2008. Among the many moments that stood out were drummer Glenn Kotche and guitarist Nels Cline icing themselves after a gig, multi-instrumentalist Pat Sansone’s spot-on South-side Chicago accent introducing backing band “The Total Pros,” and bandleader Jeff Tweedy’s Nudie suits.

Nudie Cohn, a Ukrainian-American tailor in North Hollywood who came to prominence in the fifties and sixties, is – without question – the most famous tailor in rock and country music. 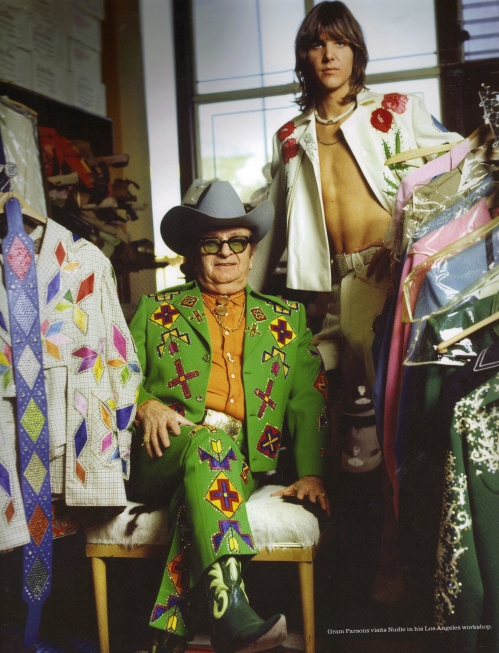 Arguably the most famous Nudie suit, Gram Parsons wore this on the cover of The Flying Burrito Brothers’ Gilded Palace of Sin. This is the suit most-often referenced as quintessentially Nudie: high on pyrotechnics and a big ol’ middle finger, but crafted with a beautiful drape and the sharpest lines, not a stitch was out of place. 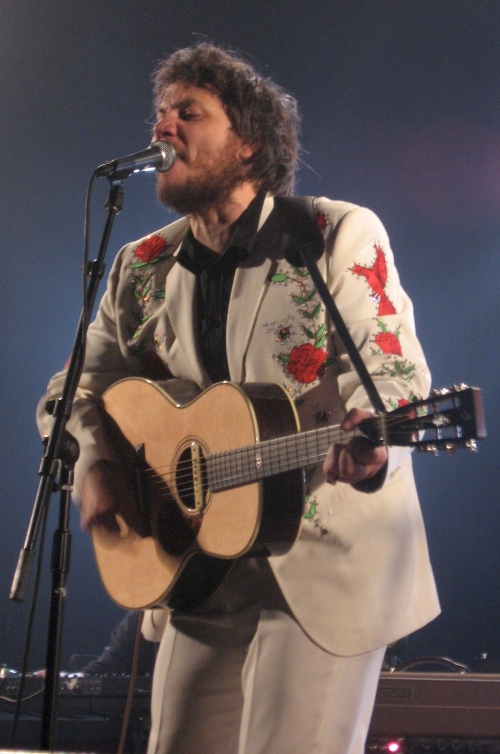 The fundamentals of Mr. Tweedy’s suit, while more PC and more classically tailored, reference those of Mr. Parsons’.

At minute 1:53 in this video of WILCO singing “Take Me Out to the Ball Game” at Wrigley Field, Mr. Tweedy talks about the Nudie suit, and at minute 4:20 he explains why he’s a fan of The St. Louis Cardinals.

See the movie. It’s screening in several North American cities over the next few weeks. In celebration of Record Store Day, they’re releasing the DVD on Saturday the 18th at independent stores nationwide, and it will be available everywhere on the 28th.

“They sound really good live. I was shocked,” a friend less familiar with the band said as we were leaving. As a fan of hyperbole, I reminded him, “Yeah, they’re the best band in America.”

11 responses to “WILCO & The Nudie Suit”